In the US, cleft palate is one of the most common facial deformities. A condition where a gap forms in the roof of the mouth due to tissues not fusing together in fetal development, it is known to affect one baby out of 700.

It is common for those born with a cleft palate to have a visible gap along the upper lip— also known as a cleft lip. While there is no apparent cause that cleft palate or lip happens, it has been found that there may be factors that could increase the risk. For instance, Caucasian children are more likely to develop the problem compared to those with African or Asian descent. Children with a family history of wither of this condition will likely have a higher risk. Also, maternal smoking, alcohol use, as well as poor nutrition of the mother during pregnancy are cited as possible causes too.

While the condition is not uncommon, in the US, most kids get their cleft lip or palate treated promptly as this is considered part of standard care. Also, thanks to organizations like Wide Smiles, treatment to this problem is even made more accessible to the rest of the problem. 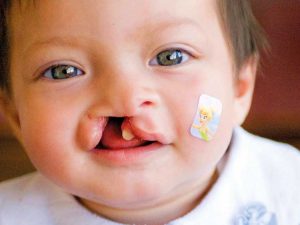 Why prompt treatment is necessary

Surgery is a crucial part of treating a child with a cleft lip or palate. While the ideal time varies from one kid to the next, it is common for children to get the cleft lip repair when they’re 3 to 6 months old and for cleft palate repair to be done when the kid is 9 to 12 months old. Prompt treatment for cleft palate or lip is necessary as the condition can bring about a number of issues.

When a cleft palate or lip is left untreated, children will often grow up with speech difficulties making it hard for them to be understood by peers. The palate has an important function of serving as a valve system to prevent air from the nose to leak out when one is speaking. When speaking, most consonant sounds require some pressure to be exerted in the mouth— something that is almost impossible for people with a left lip or palate to do.

Babies with a cleft lip or palate will usually have a hard time breastfeeding or taking a bottle. Suckling requires the baby to compress the nipple against the roof of the mouth so suction is created and milk or formula gets drawn out. When there is a cleft lip or palate, liquid and air will leak from the gap and into the nose instead. While there are special feeding devices that can be used, the goal is to only use them until such time treatment can be performed.

People with a cleft palate or lip will also often suffer from the social and psychological effects of being different from their peers not just in their manner of speaking but in their physical appearance as well. When left untreated, a cleft lip or palate can lead to unwanted attention and this can have some negative implication to a child’s self-esteem and confidence as he grows.

Surgery is crucial in addressing a cleft lip or palate. On the physical side, the surgery is expected to remedy feeding problems and prevent speech issues. On the aesthetic aspect, treatment is designed to help reduce scarring for kids with cleft lips. Surgeons would then use the side of the face without the cleft as a point of reference.

During the surgery, the lips will be lengthened and the red part of the lip will also be evened up as much as possible. If there are deformities affecting the nose, this will be addressed too. Ultimately, the procedure is performed to hide the scar between the upper lip and the nostril as much as possible.

The procedure will be performed by a specially trained surgeon. He could either be an ENT (ear, nose and throat) or plastic surgeon. The surgeon could also be somebody trained in cleft and craniofacial repair including maxillofacial surgeries. More importantly, it is the expertise and training of the surgeon performing the procedure that should be looked into when choosing one.

In third world countries, many children often do not have the resources and the opportunity to get a cleft palate or lip treated. Due to unrepaired clefts, they may grow up experiencing social isolation, feeding issues, and speech difficulties. With organizations like Wide Smiles, treatment for cleft palates and lips is not just made more accessible, but they also offer reassurance that these procedures are done by properly trained and experienced experts— something that every worried parent needs to ease their mind. 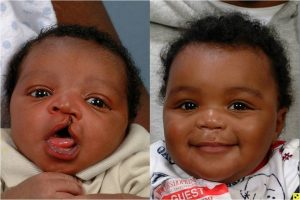 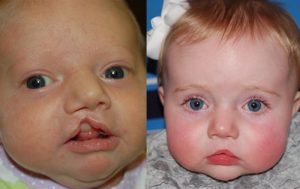 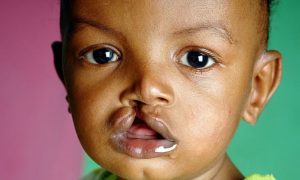 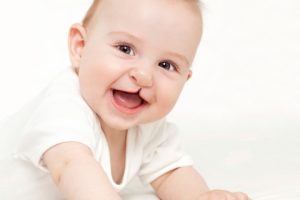